With over 600 churches, Rome is the perfect destination for lovers of holy art and architecture.

You don’t need to be a Catholic to appreciate the breathtaking beauty and centuries of fascinating history housed within Rome’s holy sites.

The tradition of visiting Rome’s stunning holy places dates back to 1552 and what can be argued to be the first package tour guide from Filippo Neri. The Italian priest’s circuit of the Seven Pilgrimage Churches of Rome attracted over 6,000 people each summer.

Whether you’re looking to see some awe-inspiring art, worship during Holy Week or study the masters of Italian art – there’s something for everyone within our top holy sites in Rome.

The good news? Many of the must-see holy places in Rome are easily accessible on foot. Many of them are within 10-20 blocks of each other!

Want to hear the full history and insider information? Check out this exclusive Basilicas of Rome tour. 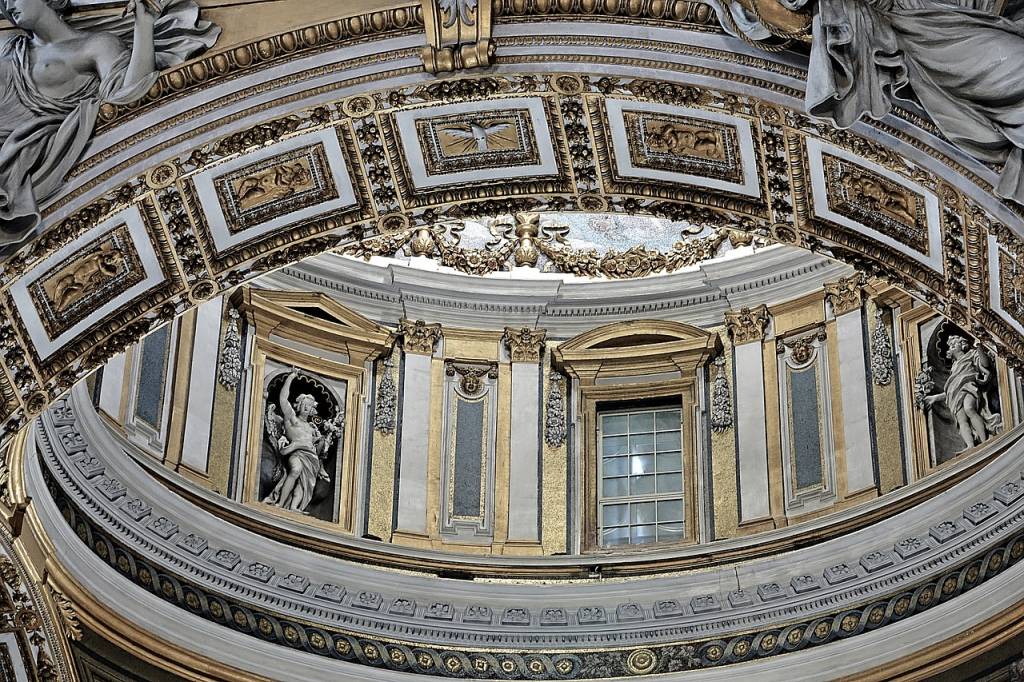 Well of course we have to include St Peter’s in this list!

St Peter’s is the world’s largest (and most visited) church and features a striking key-shaped courtyard designed by Bernini.

While you’re here, stand on one of the colored pave stones by the fountain and check out the optical illusion of many rows of columns disappearing into one single column.

The basilica is the result of years of hard work from Bernini, Michelangelo, Raphael and Bramante. Michelangelo’s masterpiece Pieta lives here too – complete with carved sash proclaiming “Michaela[n]gelus Bonarotus Florentin[us] Facieba[t]” or “Michelangelo Buonarroti of Florence Made It”.

If you’re not convinced that this is the world’s largest church, lines on the floor mark where all the other major churches would fit inside St. Peter’s. 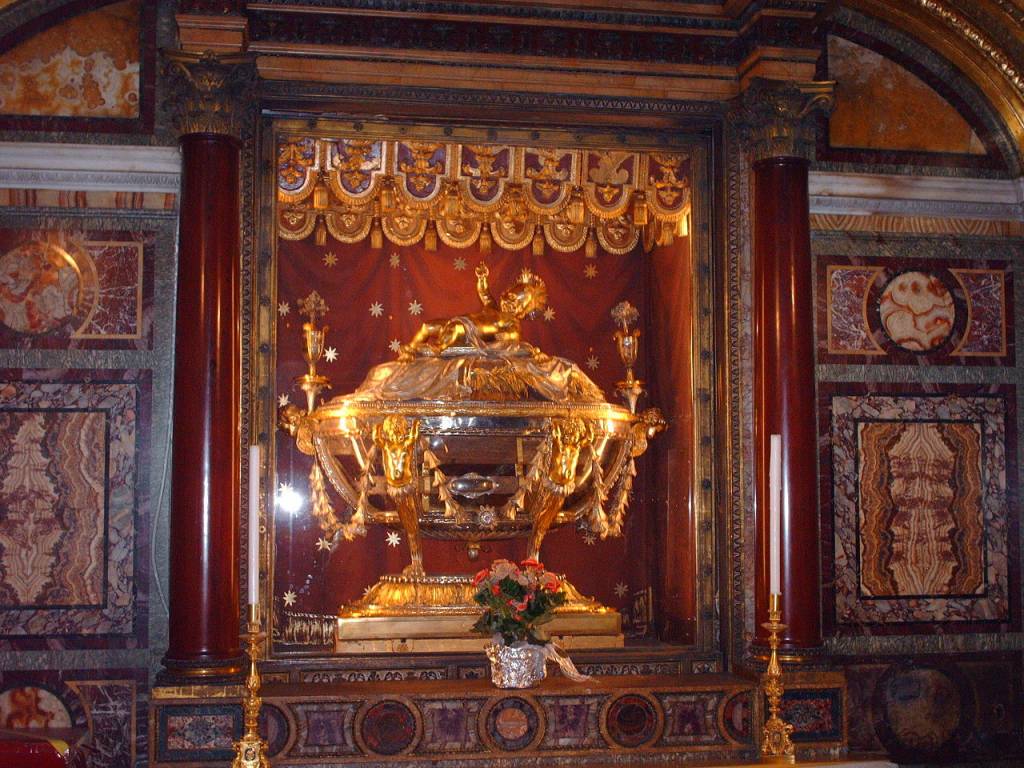 Often over-looked, the basilica of St. Mary Major is home to a miracle-working Virgin Mary image. This Virgin Mary was canonized and crowned in 1838 by Pope Gregory XVI.

The basilica also has The Holy Crib, complete with it’s own gold reliquary. 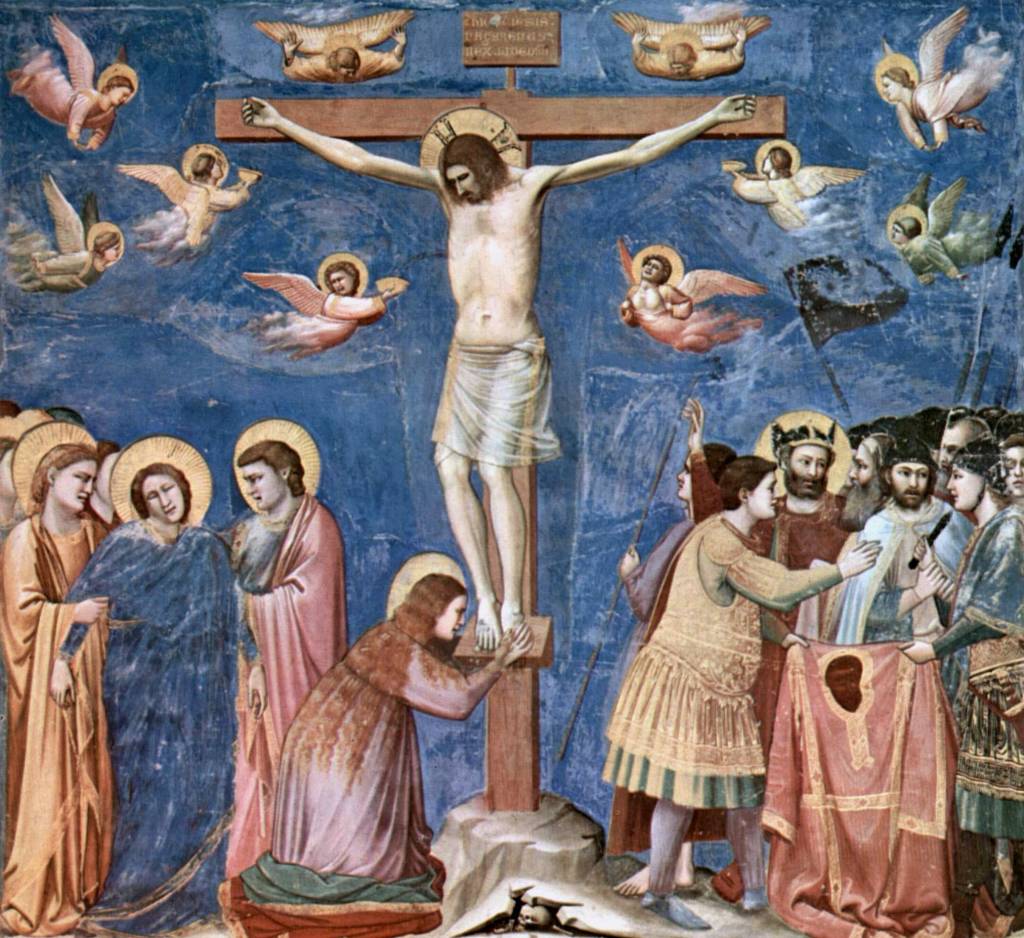 Basilica of the Holy Cross in Jerusalem

Built in 325 by Constantine’s mother St. Helena, this basilica was originally intended to house Christian relics.

The relic chapel is still the most popular feature, which includes: part of one of the Holy Nails; three fragments of the True Cross; two thorns from the Crown of Thorns and part of the Elogium, the panel hung on the cross above Jesus’ head.

The Elogium reads, in Latin, Hebrew and Greek: “Jesus of Nazareth, King of the Jews” and is considered to be a medieval forgery.

To give the basilica its full name: The Cathedral of the Most Holy Savior and of Saints John the Baptist and the Evangelist in the Lateran, this basilica was built under pope Melchiade (311-314) and is the most ancient church in the world.

It’s also known as “Mother and head of all Churches on Earth” – which is much easier to remember.

This basilica is the seat of the bishop of Rome, who of course, is also the Pope.

For 11 centuries it was also the Popes’ residence, until they moved to Avignon, France. After they moved back to Rome, they lived in Vatican City.

Now, the basilica holds the entombed remains of a few saints: Saints Cyprian, Secunda, Giustina and Rufina. As well as two popes: Pope Innocent IIIand Pope Leo XIII; who had the vision of Lucifer claiming that he could destroy God’s church in 100 years. As a result of this vision, Leo XIII composed the Prayer to St. Michael the Archangel.

This Basilica also contains wood from the table used at the Last Supper. It is high above the altar above the Blessed Sacrament Chapel, to the left of the main Papal altar.

Want to experience these intriguing, fascinating holy places in person? Check out this exclusive Basilicas of Rome tour to get a private tour of the must-see holy places in Rome.